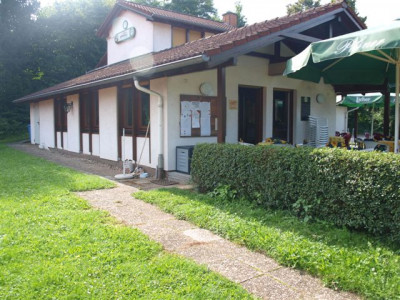 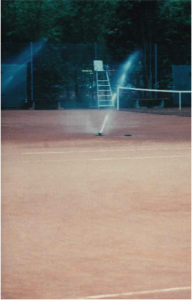 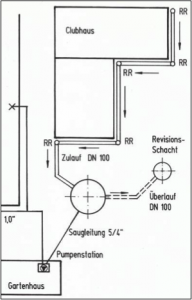 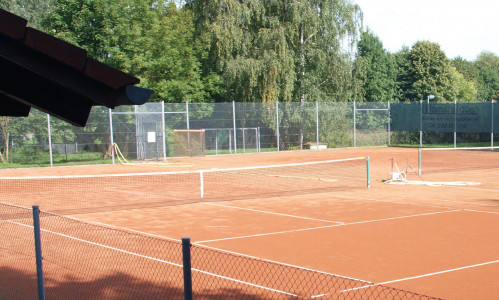 The club grounds constitute a club house, nine tennis courts (sand), a ball-wall and a playground for children. Already in 1994 the sports association, TC Friedberg e.V. decided to move from using drinking water to rainwater to water their grounds. The company, Schmitz Grünbau, from Schöneck, who also fitted the tennis association Europabad Marbach in Marburg and the Reitverein Eberbach riding school in Odenwald with complete rainwater harvesting systems, were awarded with the assignment.

WISY filter collectors were installed together with five downpipes. An underground tank made of concrete layered rings, a collecting line from the downpipes to the cistern, an overflow pipe to a drainage shaft as well as a suction connection to the pump station in the club's garden shed also belong to the system. The approx. 250 m² roof surface of the club serves as a collecting point for water. The cistern has a capacity of 9 m³. The costs of the system in 1994, including additional work to the building, amounted to DM 21,579, excl. VAT.

Roof surface [m²]
250
Cistern capacity [m³]
9
Which company or architect did the planning?