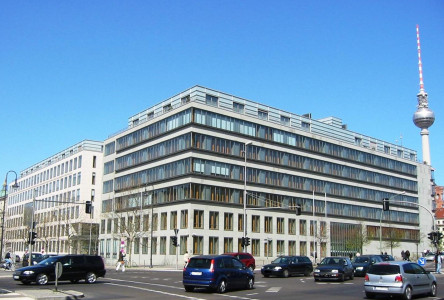 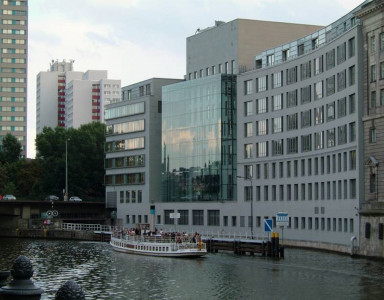 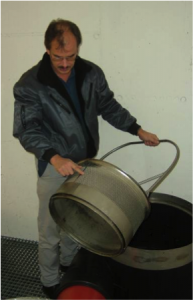 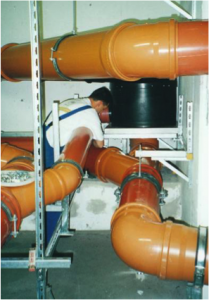 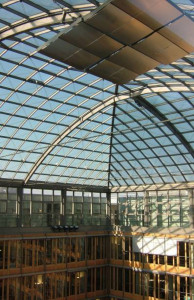 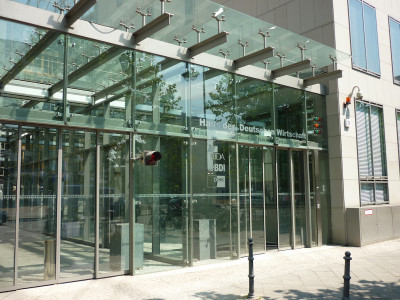 The central associations of the German economy, the German Chambers of Industry and Commerce (DIHK), the BDI Association – Voice of German Industry and the Federal Association of German Employers (BDA), have moved into offices in Mühlendamm, in the Berlin-Mitte district. 570 employees work here. The initiative shown by the owners of the building to invest in rainwater harvesting and rainwater utilisation has been exemplary.

Collected rainwater is used throughout the year to flush toilets in the parts of the building that are not open to the public. Supplies of water for the fire sprinkler systems are also guaranteed.

In the first 21 months, rainwater provided 54% of the required quantity of 170 m³, while 46% was supplemented by drinking water, added whenever the tank was empty. The accumulated rainwater was used up almost entirely and the small amount of excess water was channelled directly into the River Spree.

Gutter along the glass roof with heating and syphonic roof drainage valves.