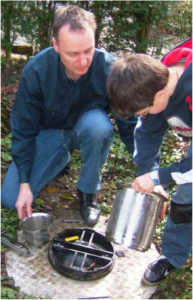 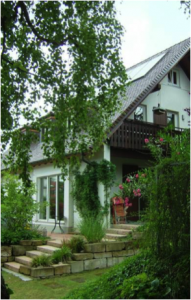 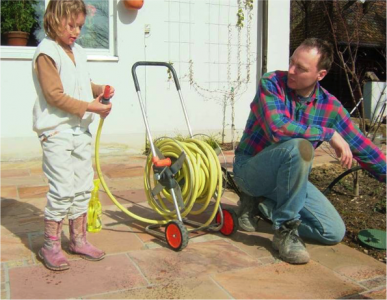 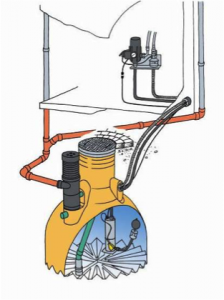 Drinking water is abundant in Überlingen on Lake Constance. The lake is the largest source of drinking water in Europe. But the Kramer family saves water not out of necessity but because it is their conviction to do so. When Ute and Michael Kramer returned from Singapore they realised their dream of owning their own home.

Their daughter, Lisa, likes to practice using the cart and hose to water the garden. The hose is connected via an underground "plug" to the pressure pipe, which is part of the rainwater system. The Kramer family also uses the free water from the roof to flush the toilet and for the washing machine, with the added benefit that soft rainwater means less washing powder. If the rainwater storage tank overflows the water seeps away into the garden. There it adds to the ground water and relieves the drainage system.

The Kramer's son, Jona, has found out that: "It's easy to look after. Take out the rainwater filter, brush it off, then put it back in." Three times a year is sufficient.